​Joe O'Hara, Sexton
​Joe is responsible for the general maintenance of the building and grounds.

Sheena Sargent, Nursery Care
​Sheena oversees the nursery for children up to four years of age during the 9:30 am worship service. She has been trained in Safe Church practices.

Kim Wyse, Vestry
(862) 324-6546
wysecrackers@optonline.net
​Kim joined St. Dunstan's in 2004 when her family moved into the area. Besides being on the Vestry, Kim's other responsibilities include Host, Greeter and Altar Guild. Kim has also been a worship team coordinator as well as helping out in the nursery.

Tom Smith, Vestry
(973) 366-7591
gtskohola@aol.com
​Tom has been a member of St. Dunstan's for over 25 years and has served in a variety of positions during that time. His children and grandchildren were baptized and married at St. Dunstan's and have been involved with the parish since childhood. 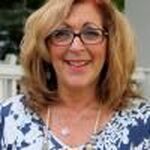 Michele Doremus, Vestry
(201) 317-8502
micheledoremus@yahoo.com
Michele is very active at St. Dunstan's. She has served on the Vestry for several terms. She is a member of the Altar Guild and chair of fellowship. She also helps out on buildings and grounds and wherever else her help is needed. Michele has lived in Succasunna with her husband Jeff for 35 years. 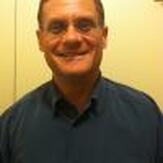 Scott Sargent, Treasurer
(973) 769-3894
sargsix@aol.com
​Scott is currently serving his 5th year as Treasurer and also serves as a member of the Stewardship Committee. He has served in a variety of roles since coming to St. Dunstan's in 1985, including warden, vestry member, Rector's assistant, Stewardship chair, and Buildings & Grounds chair. He also enjoys attending the men's Bible study and the Lenten and other formation programs which enrich his spiritual journey.